Read this simple way to get your expenses under control

For the first couple of my earning years, I had never really budgeted. I was frugal and was still living like a student. I was able to save up a reasonable sum of money and subsequently paid back my parents for the expensive MBA I had undertaken. I was then introduced to this app called Walnut by one of my flatmates. 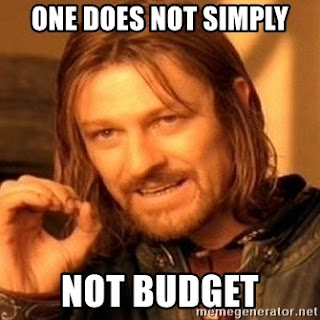 For those who don't know, Walnut is an app that reads your credit card and bank spend SMS and automatically categorizes into the relevant expense bucket. While the tracking is convenient as it is automated, there is no budgeting really. You can't demarcate sub-budgets for the respective expense budgets. While the app seemed great initially, it added nothing but stress at the end of the day. There was no budgeting but only expense tracking. Which gave me a hard-earned realization - If you don't control where the money is going, it will control you. This might seem obvious but it was a revelation of sorts for me. While not a deciding factor, data privacy issues were also at the back of my mind. 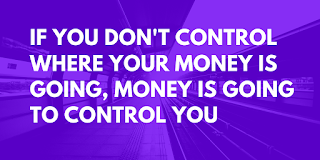 So after some researching, I found the envelope system. The simplicity of the system was really astounding, it works something like this

Benefits of the physical envelope system

It is simple but ingenious really. The true success of the system lies in establishing physical envelopes. It works on the psychology that you would spend less when using cash instead of digital payments. However, in this day and age, it is slightly tough to do fully rely on physical envelopes so this had to be digital for our expenses. If you can manage the physical envelope system, go for it! Do let me know how this has worked out for you?

I tried tracking my expenses on an excel but it was rather inconvenient, the solution had to be easily accessible like your phone. The solution had to be an app for me. After some research, I stumbled upon goodbudget. I have been using this app for about a year now and am pretty happy with it. The free version that we use currently allows for 10 envelopes. We know how much exactly is left in the respective bucket, so we prioritize spends accordingly. Doing this exercise over a couple of months, helped us identify the right budgets for respective expenses. This has given a significant level of mental comfort. Spendee is another app that you could use, Savinghabit has a great review of this.

What system do you use to track your expenses and keep it under control? Share them in the comments below

Foolproof formula to decide how much to spend on a car

How much car should you buy?The question has an odd ring to it, doesn't it? To rephrase, how much should you be spending on a car?This is a key question that most of us grapple with. I thought to explore this topic in this post. Before we jump into the how much, we need to explore a little bit on what type of asset a car is.A car is a depreciating asset.Surprise, surprise but not really. If you are reading this blog, this is not news to you. The minute you drive off your car from the dealership, it reduces value by 9%-11%. Freefincal has a great article on this as well. I have done a small exercise using indiabluebook to see what is the value of a car as it depreciates. In the example, I used the starting price of a brand new car of 10L as an example. See how the car value drops year after year.Value of a 10 L car in lakhsValueValue droppedBefore you buy it10.21 minute after your purchase it9.3-9%After 1 year8.6-16%After 2 years7.0-31%After 3 years6.5-37%After 4 years5… 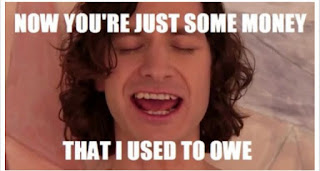 Unless you have been living under a rock and chanced upon this blog before reading the news, you would have read about Reliance Jio and how the spree of investments and rights issue for Reliance a have made Reliance Industries debt free. I am personally in awe of the audacious goal the company had announced to cut down a whopping 21 billion dollar debt in less than a year. Am sure the background work would have started much prior to such a proclamation but it is an extremely impressive feat that the company has accomplished.
While private equity firms won’t help us out with our debt, the principle of becoming debt free is something that we can all adopt in our lives. It seems our economy is almost running on the fact that most consumers are using debt to finance their purchases. House loans, Car loans, Phone loans, Personal loans and on and on!But for those who are already in debt, getting out of it seems daunting. In fact, you might feel like you will never get out of the EMI trap. Bu…