What is the FIRE movement? (Financial Independence, Retire Early)

Financial Independence, Retire Early is a movement where people reduce their expenses, thereby dramatically increasing savings rates and investments allowing them to retire much earlier than the traditional retirement age of around 60. 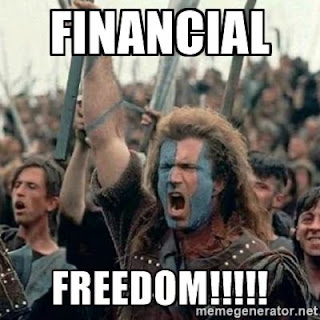 This movement was born out of a book in the US, written way back in 1992 called Your Money Your Life by Vicki Robin and Joe Dominguez. The core thought is centered around a concept called the safe withdrawal rate.

The concept of Safe Withdrawal Rate or SWR states that if you can live off 4% withdrawal from your investment corpus, then you have achieved the coveted Financial Independence status. For e.g. You have saved up a corpus of 1 Cr, 4% of that would mean 4 lakhs. If your annual expenses are 4 lakhs, then technically you have achieved FIRE.

What is the right safe withdrawal rate in India?

The core concept of SWR doesn’t change as long as you are comfortable with the withdrawal rate. Some may prefer to keep an extra buffer and may want to have an even lower SWR to give themselves mental comfort. They may look at for e.g. 2% SWR. In the example shared earlier, this would mean you would need to save up a corpus of 2 Cr. At a SWR of 2% that would mean 4 lakhs.

How you invest your portfolio is also equally important?

SWR however isn’t the only thing that matters. What also matters is the way the corpus is invested. Some FIRE retirees have an extremely high emergency fund. They tend to save up to 2 years of expenses in low risk liquid funds that are easily accessible. So that in case of market shocks like the ongoing COVID19, they don’t have to touch the mutual funds portion of their corpus. This way when the market goes down, they don’t have to touch the equity portion of their portfolio.

Is FIRE right for you?

While almost all of you may agree on the financial independence part, not everyone may be up for the RE part of Retire early. And that’s Ok! Retire early could mean different things to different people, for some it may be lazing away their days on a beach or at home. For some others, it could mean taking up the hobby you were pursuing full time, work for a company which has more meaningful work but might pay less. As you can see the end output of FIRE is personal. What drives you may not excite the other person. However most of us can agree that Financial Independence portion of the FIRE is worthwhile to pursue.

Why Is Frugality Important?

A rupee saved is a rupee earned, A rupee earned is a rupee invested, A rupee invested is a rupee compounded.   The effect of compounding is real. Our spending decisions today will significantly impact our future financial situation. Saving and investing early on can enable great financial success. When invested well in equity markets like index funds, the absolute money generated through compounding in your later years will go much longer. The returns over the long term will beat inflation.   Accelerates financial independence Frugality is more immediate in terms of its effectiveness to save more money. Income increase may take time and a lot more effort in terms of upskilling. There are however benefits to Frugality beyond just the money aspect. There are lifestyle benefits that come attached to it. It helps discern what is important and what isn't.   You will have plenty to do Most likely frugality may mean DIY which would mean doing things on your own. When you are 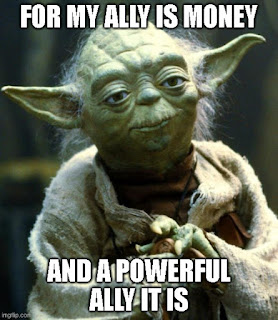 Why is the pursuit of financial independence important for the society?

Financial independence has obvious advantages for the pursuer once achieved, but what would be the impact on society and country as a whole? What would be the impact on society where all individuals pursued financial independence? The good news is that there is a lot of positive impact on society and the economy for such a pursuit.   Society gets things it wouldn't have received otherwise The pursuit of financial independence involves earning more than a traditional career path would have allowed the individual. This means the pursuer would need to create additional value for the society which it wouldn't have been able to receive otherwise. Meaning side hustles, advancing in existing career faster, starting a business etc. Society would subsequently reward the pursuer with money for the value that the pursuer has created. More goods and service are created that adds value to the society   Society gets a confident and driven individual Upon achieving financial indep 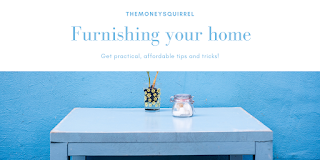 4 Practical and Affordable Tricks to Furnishing your home

Most young couples right after marriage will find a new place to stay, while this is very exciting, be careful not to get too carried away. You have just had marriage expenses followed by honeymoon expenses. Now you have to start furnishing your home. Here are some things that we had done along our first few years of marriage. I believe these can set you up with the right foundation to start your lives together. I believe these 4 tips are equally applicable for anyone who is looking to save and get quality items for those furnishing their homes.   Explore sites like Gozefo When we got married, we went for budget friendly options like Gozefo to get second hand stuff like a washing machine and fridge. You can also go for sites like Olx/Quikr. However this will take effort on your part to hunt for the right deal and right quality. Aggregator sites Gozefo tend to have quality controls, moneyback guarantees, free shipping that will give you a fair price for the items you are consider